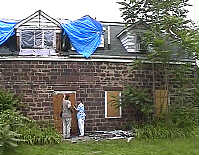 Built in 1708 by John Bradbury, who bought the land from Juriaen Thomasse Van Ripen. Eventually Abraham Van Ryper, the grandson of Juriaen Tomasse, married into the family with Elizabeth Bradberry, where it remained a Van Riper house until late 1890’s. Their son John Van Riper (born 1753) married Leah Winne in 1776, They also lived in the house. A tablet on the house bears the date May 1, 1788 and the initials of John Abraham Van Riper and Leah Winne (see picture). The building was partially damaged by a fire in 1999 and will be restored, thanks to the hard work by the people of the Van Riper Trust.

John Abraham and Leah Van Riper were the grandparents of Dr. Abram Harvey Van Riper (married to Clarissa Van Schaack McMeehan in October 1878), who was well known in town till his death in 1936.

The house as it was in 1961, hidden behind the maples 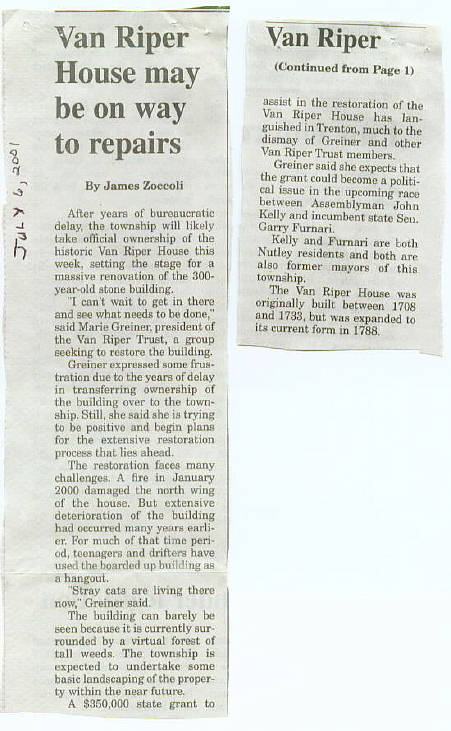